Be prepared, a TV sales spike is coming!

It’s time for more insights obtained from the Tweakers Pricewatch. In recent months we looked at the most popular TV type and where consumers prefer to buy their TV. This we’ll focus on when most people buy their TV. This Belgian research from 2016 already showed that television sales get a huge boost in the run-up to a European Championship. So obviously, you simply cannot miss the European Championship in 2021!

There are, of course, similar sales opportunities over the course of a year. Which critical moments do we have in the Netherlands and Belgium? When is it crucial that you’re ready to put your product in the limelight? And how does the number of click outs/popularity on Tweakers compare to these moments? Is our community equally susceptible to a good campaign at these times of the year?

There are a number of events that you as a marketer have to be on top of. The main ones are:

Important months for tweakers in the Netherlands

Do the techies at Tweakers buy their televisions at the same times? Looking at the click outs in the Pricewatch, this seems to be the case. There are three peak sales months every year: January (MediaMarkt VAT days), May (holiday allowance) and November (Black Friday). Out of those three, Black Friday shows the highest sales spike by far. It’s 30 percent higher than the VAT days spike, which in turn is 20 percent higher than the weeks following the holiday allowance. When tweakers have received their holiday allowance, sales increase by 25 percent compared to average. 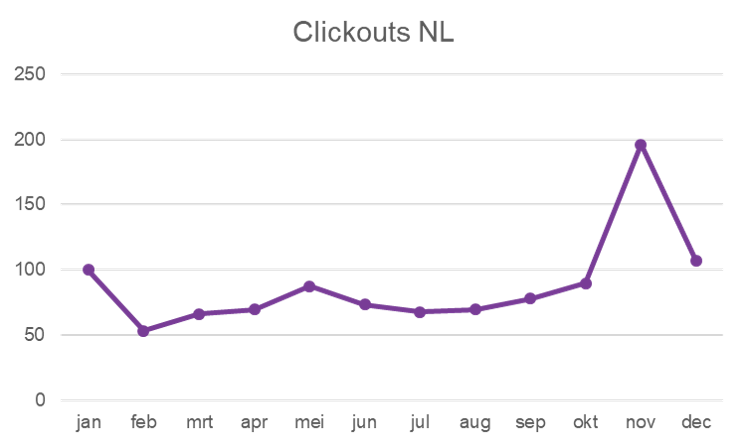 In Belgium, Black Friday also trumps the other periods when it comes to television sales. The spike is 30 percent higher than the other sales spikes: the sales (solden) periods in January and August. In May 2018, we saw an extra peak when the Belgian national football team qualified for the World Cup. This again shows the impact an international football tournament can have. 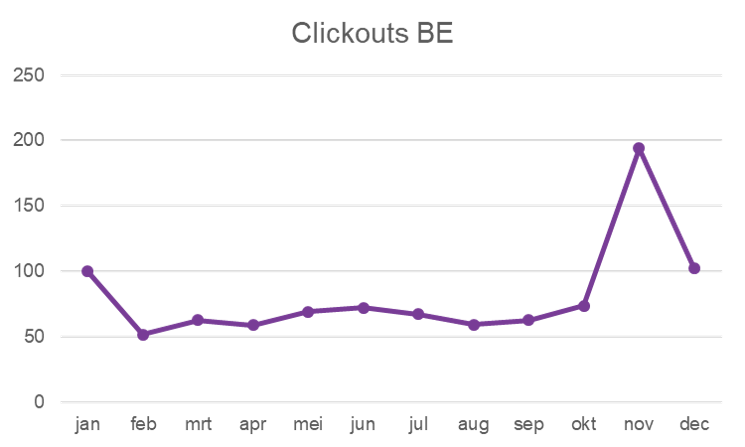 In the Netherlands, the holiday allowance, European Football Championship and Black Friday are still on this year’s calendar. Belgium also has the sales periods in the near future. With those moments fast approaching, it makes sense to set up a solid media planning well in advance.

Mind you, the competition in these periods will be fierce. So make sure to launch a striking campaign that is slightly different from the others, for example by sending out a unique message, offering attractive pricing or focusing on smart targeting.

When you advertise on Tweakers, our advertising agency “Bureau Gekkigheid” can help you develop a custom campaign with the aim of reaching your target group as effectively as possible. In any case, we recommend that you have sufficient online content ready, so that your product can be found online quickly. Consider product reviews, for example.

If you are short on resources or unable to differentiate yourself from the competition, you can consider advertising outside these periods. There will be less competition and your visibility will be greater. And also in those periods, consumers are looking for a new television.